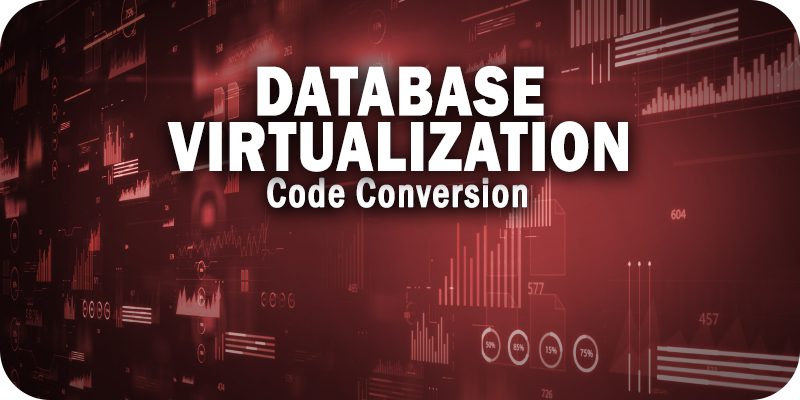 This article was originally published in www.solutionsreview.com.

IT leaders all over the world are currently looking to replace their legacy data warehouses. Cloud databases are promising to roll up the field in the next few years in a way we haven’t seen before. However, there’s a little wrinkle: truly replacing one of these old systems requires a full-blown migration, which is one of the most notorious operations in all of IT.

Over the past years, code conversion tools have seen renewed interest. Code conversion tools translate SQL of one system to the SQL dialect of another. In theory, this will automate a big part of the migration. The idea has been around for as long as there have been databases but has been of limited success in the past.

Database virtualization (DBV), in contrast, pursues an entirely different angle. Instead of translating static snippets of code, a DBV system works in real-time. Sitting in line, between database and application, it translates queries and data on the fly. It requires no knowledge of the applications, their location, or the complexity of their code.

How do the two methods compare? In this article, we look at four critical areas and how DBV overcomes the challenges of code conversion. Continue Reading on Site.